Got Poopsicles? Rocky Pastures? Sick of broken tines? Get “The Forever Fork” — Seriously! 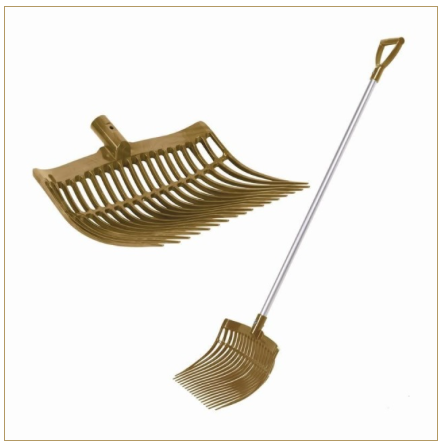 The Forever Fork may be the last manure fork you ever buy.

When I first heard about “The Forever Fork” a few years ago, I was skeptical. As someone with horse paddocks that grow new rocks on a regular basis, no matter how many times I remove them, and with weather that freezes the ground and covers it with snow and ice for long stretches of the winter, I was used to buying manure fork heads in bulk. It was not uncommon for me to break multiple tines a day, especially in the cold months. Trying to clean up completely frozen poopsicle piles stuck to the ground was a real fork killer, as was hitting those crafty rocks hiding under the snow, just waiting to snap off a brittle tine or two.

I was definitely tired of swapping out my gap-toothed forks for new ones, but just couldn’t imagine that the Forever Fork could be that much better. Sure, it was made of some magical Swedish polycarbonate that claimed to be superior to the ordinary plastic stuff, but how on earth could it possibly stand up to the hard-core abuse I heap upon my cleaning tools? Two years into owning one, I can now give you the answer to that question: This thing really is a whole lot better and has laughed off every tine-munching horror I have thrown at it.

I’ve been using the same Forever Fork since early 2021, but just last week I put it to the hardest test it has had in all that time after two feet of heavy, wet snow crashed down on us from on high, turning the paddocks into a beautiful but nearly impossible to manage winter wonderland. I watched in amazement as my Forever Fork refused to break, even with the tines bending into tortured shapes when encountering immovable, frozen manure balls, packed areas of ice, and the ever-treacherous hidden rocks. Not only that, but I found that the fork was a great tool for moving snow, far easier to use and better than any of the various snow shovels we have. I literally shoveled many tons of snow with that thing, as I had to create paths and areas for my Fell Pony weanling and his mini buddy to be able to navigate. I hit innumerable obstacles that would have destroyed my normal fork heads, but the Forever Fork performed unbelievably well and looks as good after all this as it did when I first got it. 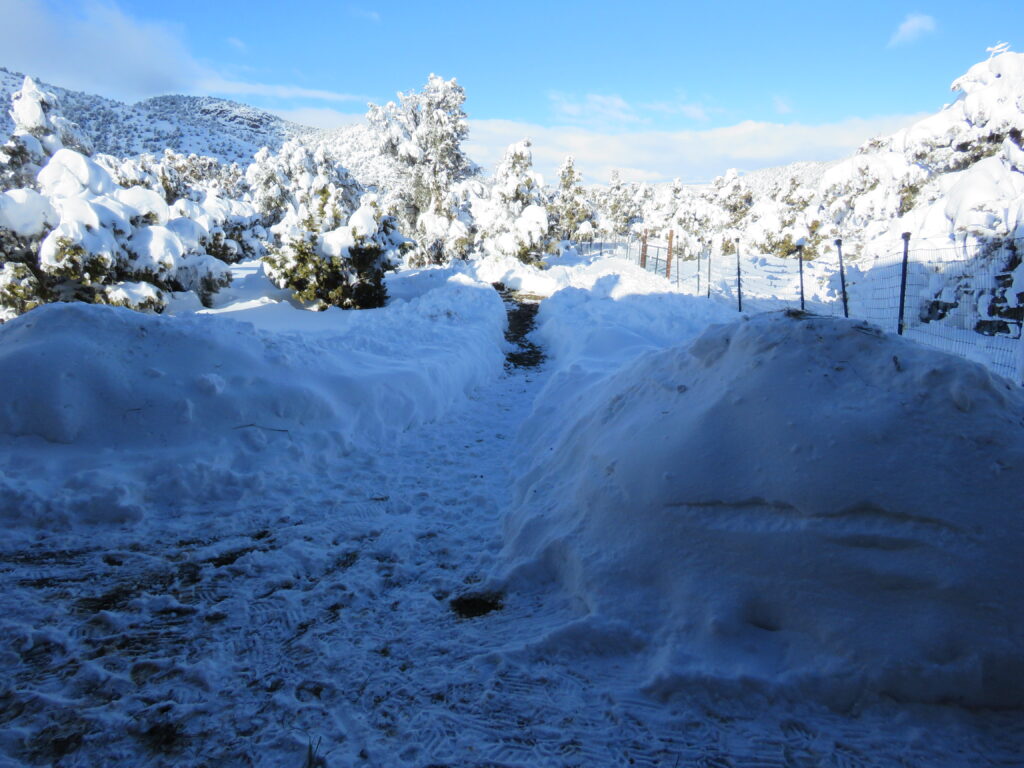 Just one of the many pony paths I dug using my Forever Fork as a snow shovel!

So, if you have frozen manure to deal with, or rocky ground, or you just don’t want to have to keep swapping out fork heads when the tines inevitably give up the ghost, I can whole-heartedly recommend the Forever Fork. It may be the last fork you ever buy, but if you do somehow manage to break one — say, by carelessly leaving it out in a nuclear blast zone or accidentally casting it into the fires of Mount Doom — they actually offer a one-year, free replacement guarantee. I don’t imagine they have to pony up on that very often, but it is good to see a company standing behind their products like that!

Buy yourself one of these forks — seriously. It is well worth it and will save you both aggravation and money in very short order. To find out more, go to: