So, I get it. I’m not as attractive as I used to be. And in my bathrobe on a morning when I just don’t feel that great, I look pretty dumpy. But SCARY? TERRIFYING? A VISION OF UTMOST HORROR? That is apparently what my horse, Kodachrome, thought of me when I toddled out to the paddock in my bathrobe yesterday morning.

Now, you have to understand that Koda is normally an incredibly brave horse — almost freakishly unflappable when encountering things that would send most horses running for the hills. Things dropped right next to him and making loud clattering noises or even bumping into him? Meh, not worth batting an eyelash. Leaf blower kicking up a storm of dust while making a deafening roar? Gee, looks like fun — maybe it would make a good toy. Taking off your jacket while riding him and throwing it on the fence? No problemo —yawn.

But SUSAN showing up in her BATHROBE??? RUN FOR YOUR FREAKING LIFE!!! Yeah sure, the lower part flapped open a bit, perhaps showing more of my fish-belly white legs. And yeah, those same legs could use a shave. But really? You would think the pit of hell had suddenly sprung open and disgorged a fire-breathing monster with ten heads the way he took off and went flying around the place!

Koda did eventually circle back when said monster started speaking with what seemed like his beloved mom’s voice. But his eyes were bugging out of his head, his nostrils flaring, every muscle fiber firing in case the necessity for flight appeared again. Perhaps he thought I was being eaten by the beast and came to see if he could save me.

He did eventually seem to realize that the bathrobe clad me was not a deadly dragon and he approached and let me pet him, but he kept a wary eye on that flappy part of the robe and clearly thought the entire getup highly suspect.

Really, Koda — I don’t look THAT bad in the morning…do I? 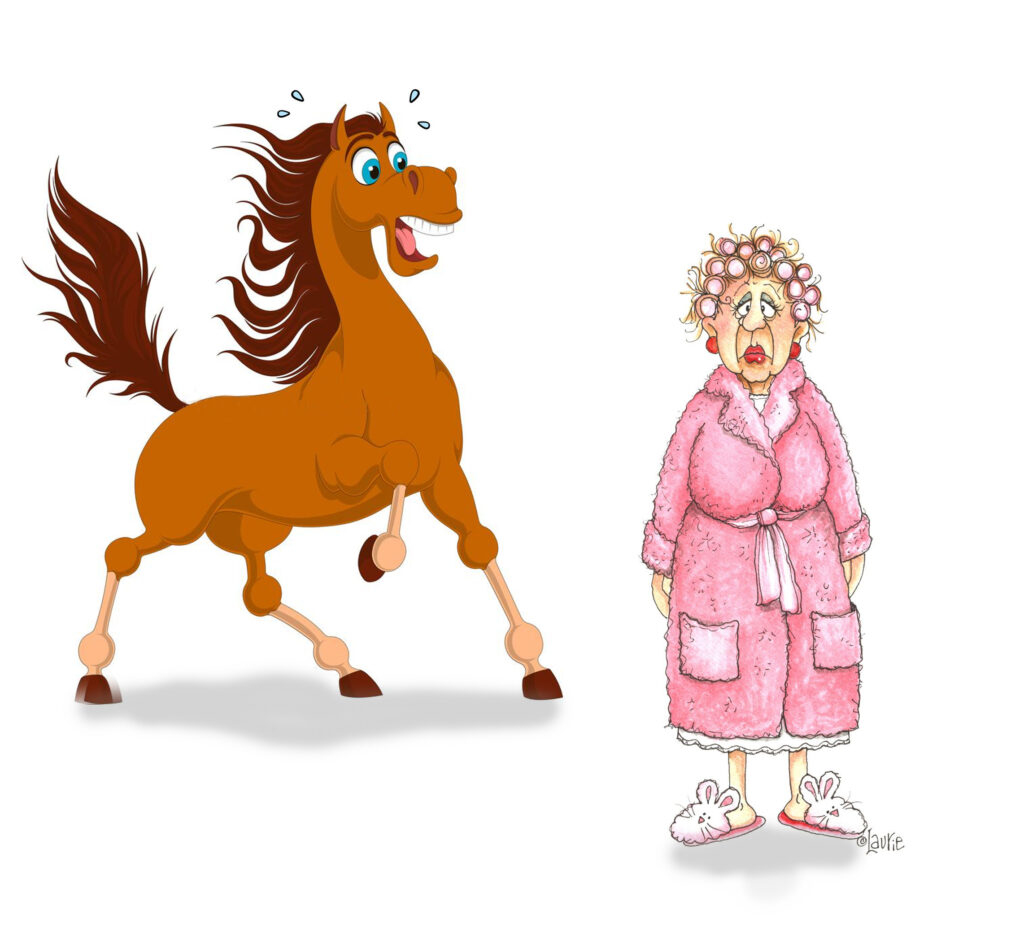 Like this story? Be sure to hit the subscribe button at the bottom of this page and you’ll be notified when new articles are posted!